How I Feel Right Now 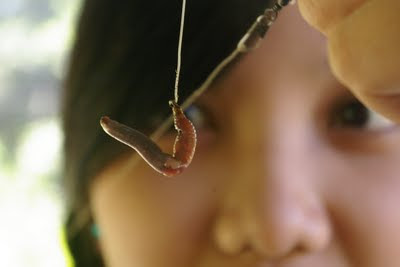 I have a friend, we’ll call him Henry, who is on the brink right now. On the brink of what I think he feels is a “trade-in” of one life for another, while in my opinion, is throwing a life worth living for away in exchange for a fantasy. Not just a fantasy that’s “too good to be true,” but a fantasy, that when even he looks at it, is “stupid.”

I agree. Well, I agree to the point that I agree that stupid is an understatment.

When my wife received the phone call a few days ago from her friend Henrietta, Henry’s wife, it was one of those moments when you immediately go “Oh no,” but at the same time, you’re thinking, “I saw this coming.” The slow drift into isolation. The increasing amount and friendliness of Facebook comments back and forth with another girl. The way thoughts about his family tended to focus only on his son, instead of his wife and entire family.

Henry was “told” to give me a call. He sounded completely normal… if that’s what you’d call what his attitude has evolved to over the past several months. We agreed to meet up later that evening and talk while we took a walk.

We wound up walking for about 2 1/2 hours, and about 6 miles I think. He definitely had time to vent, to share “his side” of why this all made sense while being a disaster at the same time, of how it all started when he was 8 or 9 years old with an infatuation for this girl, but since he never acted on it, she of course never knew, and nothing ever came of it. And then, earlier this year, she resurfaced on Facebook. From there to here, who knows how that journey comes about in various people’s lives, but I heard Henry’s version. Sad story. And all to familiar.

I didn’t have a specific girl from my past pop back up in my life, but I certainly have had experiences, memories, and actions that haunted me for many years, to the point that even when I thought I’d put them in the closet and locked the door, come to find out years later the door could be unlocked from either side, or might even just swing open if you didn’t keep a board nailed across it.

Is there anyone in the world who would somehow convince themself that it’s “worth it” to trade your family, and your children, for someone else? Apparently so. Although I think the choice to actually “trade” is not what ends up being made. There seems to be a refusal to really admit what you’re giving up, and what you’re really signing up for with your “new life.” I know that’s how it was with me any time I gave in to lust or other desire that drew me in and later vomited me back up. We don’t get it. We think we can get away with it. We think nobody will find out, notice, or even care. We think it will never go anywhere, and that we can say “stop” anytime we want. But sin isn’t like that. It’s appealing. It draws us in. It seduces us. It gives us what we need at the exact moment we think nobody else will give it to us anymore. It makes us feel strong. It makes us the people we think we really want to be. But in the end, and even in the process, it’s all a lie.

I brought up the idea of bait several times with Henry the other night. This woman has “offered” time and time again to step back so he can “take time to decide” if he wants to stay in this relationship or not, and even to “defriend him” on facebook. How nice. How polite. What a pile of bull shit. Every time she made him that offer, he’d bite, and then they’d wind up rekindling the flame, and my guess, based on personal experiences and Henry’s story, is that that reunion even tightened the bond between them, and the grip of the sin. Over and over, tighter and tighter, easier and easier to believe the lie. And then, months later, when Henrietta finds such-and-such on Facebook or wonders why lots-and-lots of money is going toward text messages, it suddenly all becomes an “issue.” Now her anger is an issue. Now she’s not a perfect wife. Now he’s confused about what to do.

Henry, you’ve already made your decision. I’d already made mine, years ago. The choice to pursue that which should not be pursued has already been made, even if you were only passively following along.

Does that mean you can’t get back what you had?

No, you can’t. It’s gone. Gone. Forever. But that’s not to say there’s nothing worth turning back for. Should you decide to tell Little-Miss-Perfect to never talk to you again and mean it, pursue your family with all your heart, and pray to God you’ll get them back, you might not. You’ve cast your vote. You’ve made your choice. It is no longer only your choice to stay or leave. It is your choice to humble yourself, to accept the fact that you’ve broken something to the point that it can’t simply be glued back together, and to do whatever is necessary, and more, for how ever long it takes, to get the chance to be part of that family you’ve helped create.

Is it worth it? That’s gotta be the question that crosses a heart. Why would I risk everything to go back to this broken family, when I’ve got this “for-sure” thing on the side that is so much more fulfilling and inviting? If it’s already broken, why shouldn’t I just give up and let it go, especially if my wife says “We’re through?”

That may not mean that you know what’s right to do in a particular moment. I get that. But Henry, you sure as hell know what’s wrong, don’t you? And if you stop doing what’s wrong, would it not make sense that you’d have more open eyes to see what is right? I’m no expert, but I’ve walked this road. The best decision I ever made was to say “We need to talk. I have a problem.” That moment of truth led to hard decisions, hard phone calls, and an investigation into my life that I would have never asked for, should I not have wanted back what I finally saw I could lose. Why did I want it back? Certainly not because it looked good. Certainly not because I thought things could get better than where they were before. I don’t even think there was a guarantee that if I did X, Y would happen. But somehow, God got through to me early in this process of reconciliation and renewal, and showed me that there was LIFE on the other side. Life I’d never before experienced. Life not based on other’s expectations or my own feelings of being a disappointment to everyone important to me. There was an opportunity to be FREE of what had haunted and controlled me for years. And it wasn’t just lust. It was fear, and it was pride. Fear of being discovered for not being the man I wanted and was expected to be, and pride to pretend to be that very man, while at the same time being weak, broken, and immature.

I don’t think you can ever hear it from someone else and have it ring true for yourself. Even if that person has “been there and done that,” it’s still not true for you until you choose to make it important enough to commit to believe it, despite what it will cost.

I’m running out of words. These probably don’t even come out as a complete thought. There is probably a lot to add or even change and learn, but this is how I feel. I’m sorry, so sorry, for you Henry. I don’t think you were abandoned by your friends, but there were certainly places we could have pursued you harder. And even more for you, Henrietta. You didn’t choose this. While you are certainly a contributing partner to the quality of the relationship, you didn’t walk off.